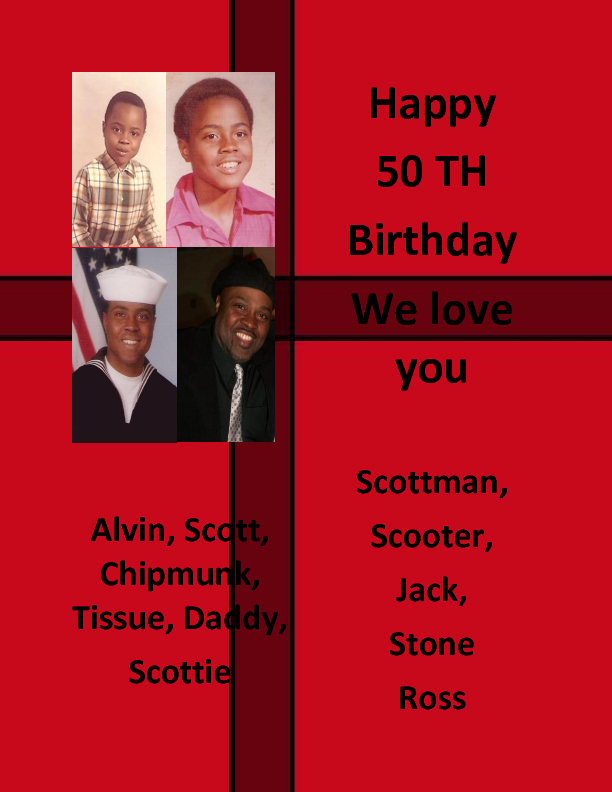 The Greatest Memories of Scott Ross

Alvin Scott Ross ll was born April 5th 1962 in Pittsburgh PA. His father was Alvin Scott Ross sr. from Library Pa and his mother is Dorothy Jean Edwards. As a child growing up in Whitsett Scott loved to make money and run the streets in his cowboy hat and cowboy boots. He started his first business at the age of 5 by collecting pop bottles and still to this day he is self employed. The enemy had a plan for his life but God had a greater plan and despite all that he has been through in life God had the victory. Today Scott is loving husband, an amazing, dedicated father who loves his family more than life itself. God blessed him with his own business, Ross Auto Repair in Charleroi PA. Even though he has been self employed most of his life, he celebrated his 10th anniversary at this location last October. He was told that he wouldn't own his own business and that he should set other goals but he never gave up and he always believed in himself. Scott is a great example of how we should never give up on our dreams and no matter what anyone says God will bless you ! God can use what the enemy meant for bad and turn it around for your good. As Scott faced different challenges in life and in his darkest hour it would of been easy to give up BUT GOD changed his life around and turned it around for his good.