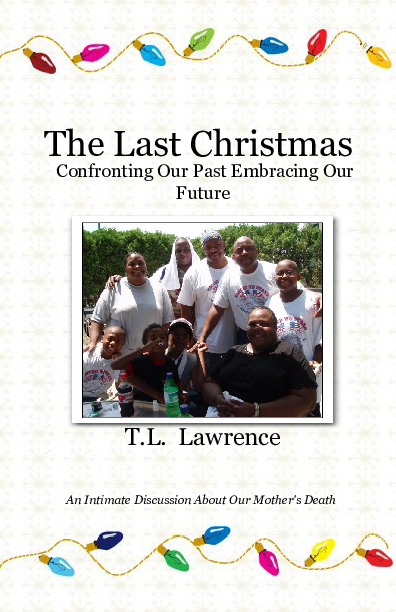 Terrance Lawrence learned early in life about the realness of death. It would seem cruel to lose one parent but to lose two parents before the age of eighteen was a tragedy. Despite the death of his parents, Terrance on many levels is considered a success. He has a loving wife and son. He had a successful career in the military culminating with a retirement after 22 years. He earned his M.B.A. and currently in pursuit of his doctorate of education, but something was missing.

The intimate moments of grief were missing. He decided to grieve and he invited his siblings to accompany him on this journey. What developed was many amazing moments of anger, sadness, frustration, truth, and grief.

T.L. Lawrence (B.S., M.B.A..) loves God, the great outdoors, Christian Education, and Business Management. T. L. Lawrence is honored to be married to the lovely Monifa Lawrence, and they have one son Maximillian E. Lawrence.