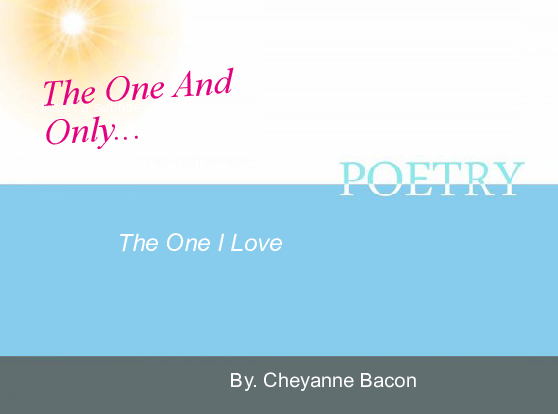 The One And only - Love Forever

This story is about a Girl named Eiza and she falls for a man named Chris. Chris has never cheated on a girl but this time he ends up having a (an) affair and she finds out. So she goes to the girl he cheated on her with and she explains whats going on. Chris finds out what he has done to his relation ship and trys to fix it.Eliza tells him she loves him and will never leave his side.. Two years later Chris joins the army and hes gone for 5 years Eliza cant take it so she trys to write him. She gets a yellow slip saying that hes M.I.A (missing in action) but she wont give u she made a vow saying she will love him till the end but she believs its not the end she beieves they will find him and bring her husband home. Chris is foun one month later she writes her and she gets his letter she crys and falls to her knees hes alright she says to her self he will be home soon. When Chris got home he was suprised.Will he find out his babys name or will he leave Eliza for another girl? Good Luck!

My name is Cheyanne Bacon I've always wanted to write a book so this is my first.