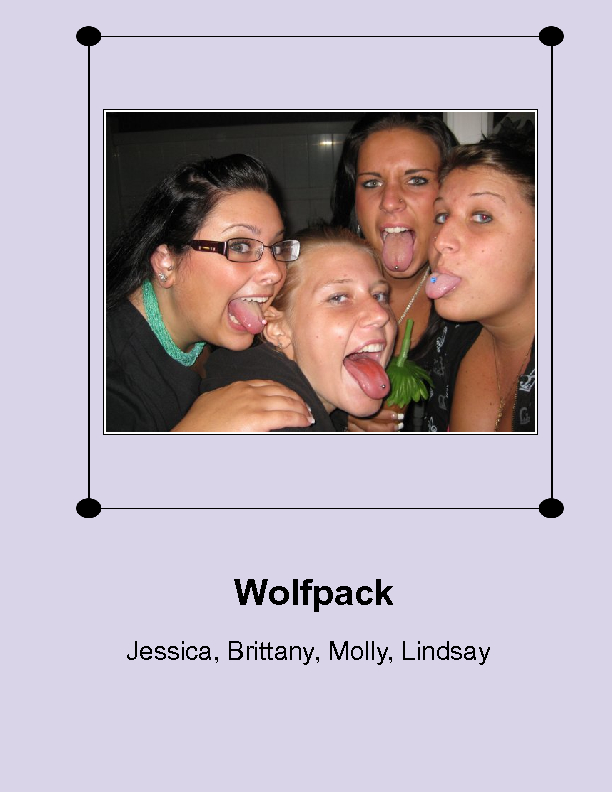 "I'd like to say something before...that prepares... tonight...hello, how bout that ride in? I guess that's why they call it Sin City haha. You guys might not know this, but I consider myself a loner. I tend to think of myself as a one man wolfpack, but when my sister brought Lindsay home I knew she was one of my own. And my wolfpack it grew by one. So there were two of us in the wolfpack. I was alone first in the pack and then Lindsay joined in later. And six months ago when Jess introduced me to you guys, I thought, 'wait a second could it be?' And now I know for sure I just added two girls to my wolfpack. Four of us wolves running around the desert together. So tonight I make a toast!"

The Wolfpack has been together for over two years now. They currently all live in different places, but never forget about each other. When they get together, the pack is reckless and dangerous. The pack laughs constantly about nothing and farts on each other. The Wolfpack is still going strong and will be best friends forever!