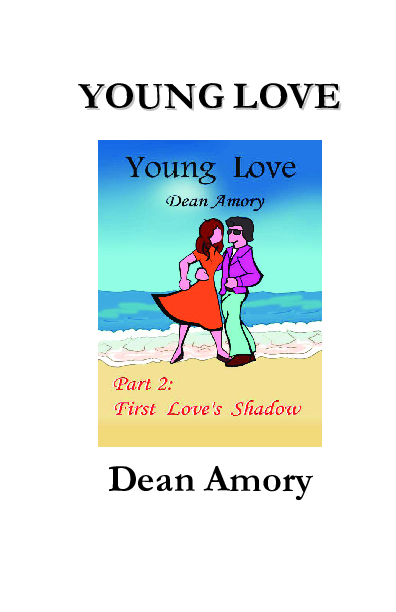 In “Young Love part 1, Sean and Katherine fell in love the first day they met. After Katherine broke up, she promised she would return to him after they graduate from high school.

The sequel “Young Love Part 2, First Love’s Shadow”, starts at the beginning of the summer holiday with Sean working at a seaside resort Ostend. He tries to move on with his life. But back at school, Katherine invites him to date again.

Will they lay their hearts on the line again? Are second chances really possible? Can recreating the past help the young couple to create a different future? And is Sean even willing to accept the terms Katherine's offer comes with?

Dean Amory, real name Edgard (Eddy) Adriaens, was born 21.09.1953 in the Flemish city of Aalst. He grew up with his parents and six brothers and sisters in the suburb of Terjoden.

After finishing high school, he worked at a few local SMEs for 14 years as a correspondent and assistant (sales) executive. In 1986 he was recruited by Bacob Bank, and started as a relationship manager. After the bank’s merger with the Dexia Bank, he moved on to be an Electronic Banking Expertise Officer at Dexia, later renamed Belfius bank.