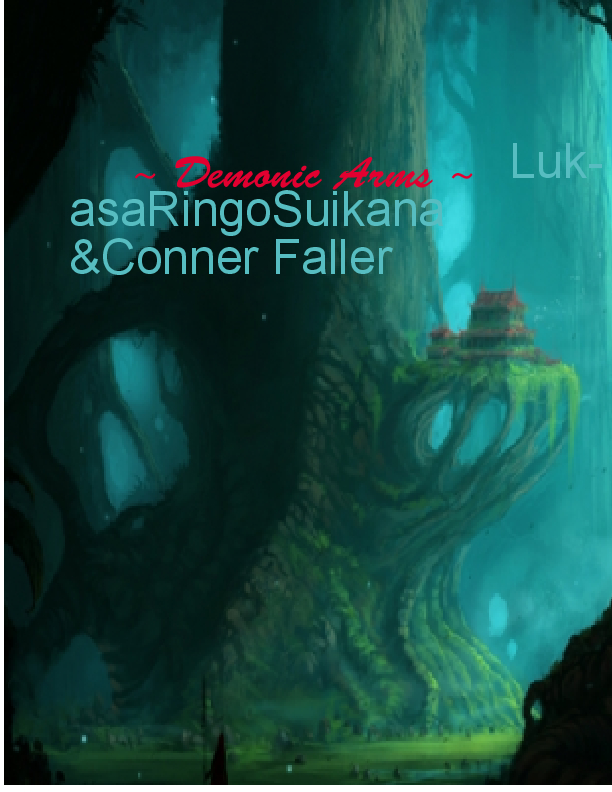 " a 18yr old girl Aura is stranded in a forest at night.she was looking for help until she past out,a young man found her and his name was Yukon. he found her on the ground when he was looking for his flashlight. Yukon brought her to his club that was nearby,the clubs name was called ~ Demonic Arms ~. The members gave her new clothes.in the morning Aura woken up and she saw Yukon's notebook on her bed she opened it and before that Yukon rushed to the door and grabbed his notebook away from her. the next day she found a kitana and went outside and there was Yukon he was drinking tea and relaxing , Aura smacked the tea off his hand and starting fighting him but then all the members starting fighting Aura

was turning 19 she notice she was feeling bad that she tried to kill him until she realized she loved him. the next day she went to him and tried to tell him but she couldnt him.

but Yukon went to her and said I LOVE you..

i created this story about my life i'm the 1st main character Aura . Aura is a girl who has to sides to herself darkness and happiness .