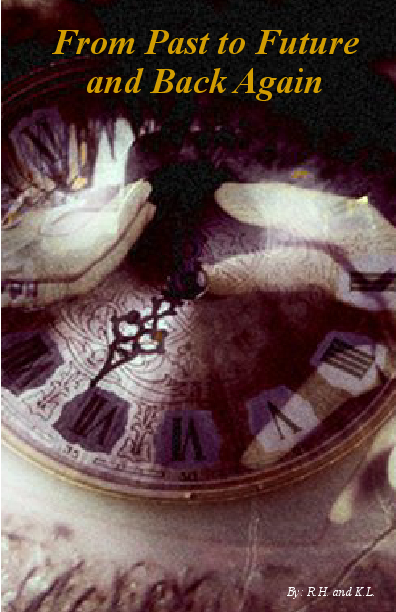 From Past to Future and Back Again

Elise James is an average high school student, dealing with drama and going through life as easily as possible... Until one dark night she falls asleep, and wakes up in the future as her youngest daughter, Lilia DeFou.

In the future, the government starts splitting everyone into three Sects: "Sectarian" the religious, "Perceptive" the scientific, and "Sensible" the accepting. Lilia is of the age where she must sorted into one. But, she doesn't fit in any. She is "Antithetical" a nonconformist. She is kidnapped, and must learn to live as an outcast.

In her own life, Elise has to deal with foreknowledge, a budding relationship with a female friend/Future Wife, and keeping everything on track.

If she's not carful, she could mess up the future for everyone, not only in the present, but in the world she doesn't understand. Especially with a full out war between The gov. and everyone who refuses to follow their rule of separation, in order to keep their families together.

I'm Rhiannon, and I'm a teenager going to high school in the north west. I love to write, and so I began writing stories when I was in middle school. And thus my stories were born.

Sorry readers. We have been going through some hard times in the last few months.

We have lost a family member we held very dear, and normal life is a little bit tougher both emotionally and physically.

Please be patient dear readers. We will get our inspiration back. I promise

2. Also, if any of you out there think this should be a real book, please let us know. And, if you know someone who might like to publish/purchase this when it is complete, we would be much obliged if you could help us get in contact with them.